Five Things To Look Out For In Cancer Research In 2019 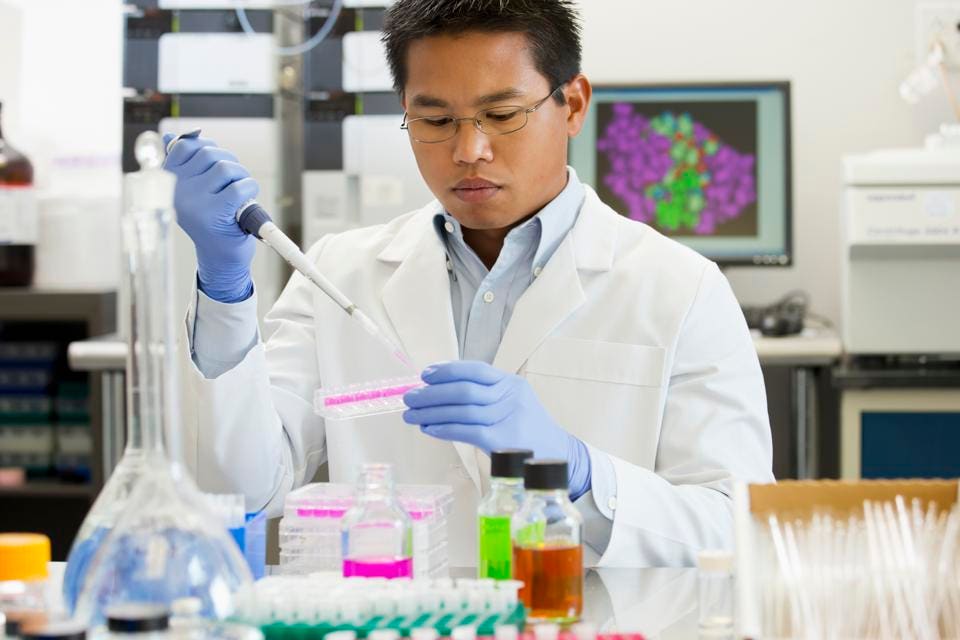 2018 was a busy year for important developments in cancer research, but what can we expect to see in 2019? Photo Credit: Getty Royalty FreeGETTY

2018 was a remarkable year for cancer research, with great strides made in diagnosing and treating various types of cancer as well as important breakthroughs looking at the health of cancer survivors. What can we expect to see from cancer research in 2019?

As a cancer research scientist and cancer survivor, here are the top five topics that I'll be looking out for.

1. Immunotherapy. Who will respond, who won't respond and why?

Immunotherapy is now seemingly everywhere, with several treatments approved for various cancer types, including CAR T-cells, immune checkpoint inhibitors and more in development such as tumor infiltrating lymphocyte (TIL) therapy. TILs successfully cleared all tumors from a woman with metastatic breast cancer, in a research breakthrough which was one of the most reported in 2018, but as of yet, TILs have not been proven in larger-scale clinical trials.

Over 2,500 trials using immunotherapy are now registered worldwide, but as the use of these treatments grows, there are still major questions to be answered. One particularly important to the use of immune checkpoint-blocking drugs such as those which target PD-1 or CTLA-4 is 'why do some patients respond whereas others do not?' Several research teams worldwide are currently grappling with this question, which is unlikely to have a single, clear answer, but I expect to see much more research published on this in 2019, which will hopefully start to benefit patients by identifying who will and won't respond to these expensive drugs.

2. Liquid biopsy tests. More clarity on precisely what they do and more evidence that they do it accurately.

The liquid biopsy industry exploded in 2018, perhaps unsurprisingly given the market is expected to be worth over $2 billion annually by 2022. The promise is that eventually, we should be able to diagnose cancer with a simple blood test—earlier, more cheaply and even more accurately than we currently do. Research has suggested we could even use these tests to monitor the response of tumors to cancer treatment and when and if the tumor returns.  However, the number of research papers, presentations at top conferences and news releases by the dozens of companies currently developing these technologies can make it a little overwhelming to figure out what is going on.

In 2018, two of the top liquid biopsy tests on the market had their efficacy called into question with researchers from Johns Hopkins suggesting that the two competing tests gave different results with the same patient samples. A claim which was then challenged by representatives from both companies.

Liquid biopsy tests undoubtedly have huge potential and may indeed live up to their hype, but currently, the field is a little messy and difficult to understand for scientists, patients and oncologists who are not specialists. The American Society for Clinical Oncology (ASCO) issued a statement in March of this year essentially concluding that for most liquid biopsy tests there is currently not enough evidence to recommend their use in either the diagnosis or monitoring of cancer. Hopefully, 2019 brings greater clarity about how these tests can fit into the diagnosis and care of people with cancer and ASCO will be able to review their stance accordingly.

3. More focus on the side-effects of cancer treatment.

From a study which hopes to have found a solution to male infertility after childhood cancer treatment to work showing that some women with early-stage breast cancer can have less radiotherapy without compromising their chance of survival, 2018 was a good year for cancer survivorship research. The highlight, in my opinion, was work from Stanford University scientists that may have figured out why 'chemo brain' happens, one of the most commonly-reported side-effects that cancer survivors experience. Even better, the scientists suggest that it may be treatable.

4. Cancer and the microbiome.

The microbiome has been one of the most talked about topics in medicine in 2018 and shows no sign of slowing down. Amidst the predictable flurry of supplements, fad-diets and blog posts giving scientifically-questionable advice telling you how to cherish and nurture your own gut flora, plenty of solid, evidence-backed research has been published showing that the microbiome is potentially involved in multiple sclerosis, inflammatory bowel disease and even Alzheimer's disease. But what about cancer?

There are already several studies published showing that the microbiome can influence the response to chemotherapy drugs and even in some cases cause the production of toxic breakdown products of the drug. Earlier this month, work published in Nature Communications showed how a particular bacterial strain common in the human microbiome could influence the immune system to drive the progression of a currently incurable type of blood cancer called multiple myeloma. The study raised the possibility that targeting these bacteria with drugs could halt or slow the disease.

Back in November 2017, I wrote about how organoids, tiny lab-grown organs made from patient tissue samples would revolutionize the treatment of cancer by allowing researchers to test drugs on patient tumors before deciding which to give the patient. Several pharmaceutical and biotechnology companies have large-scale programs to commercially develop these technologies for using organoids in drug screening for patients and the increasing accessibility of organoid growing kits from companies which supply academic and hospital research laboratories mean research papers are coming out thick and fast.

But organoids are by no means a perfect way to test new drugs yet. For example, it is easy and quick to make organoids from certain tumor types-such as colorectal, but very difficult from others such as brain tumors. Organoids grown in the lab also don't have a blood supply, nor are they connected to other body systems which may influence the response of a patient to anti-cancer drugs. But researchers are making progress in organoid development all of the time, figuring out better ways to make and culture them so they more accurately reflect the tumor they were originally made from.  Expect to see them playing an increasing role in designing personalized medicine approaches for cancer patients as well as being involved in more lab-based cancer breakthroughs.